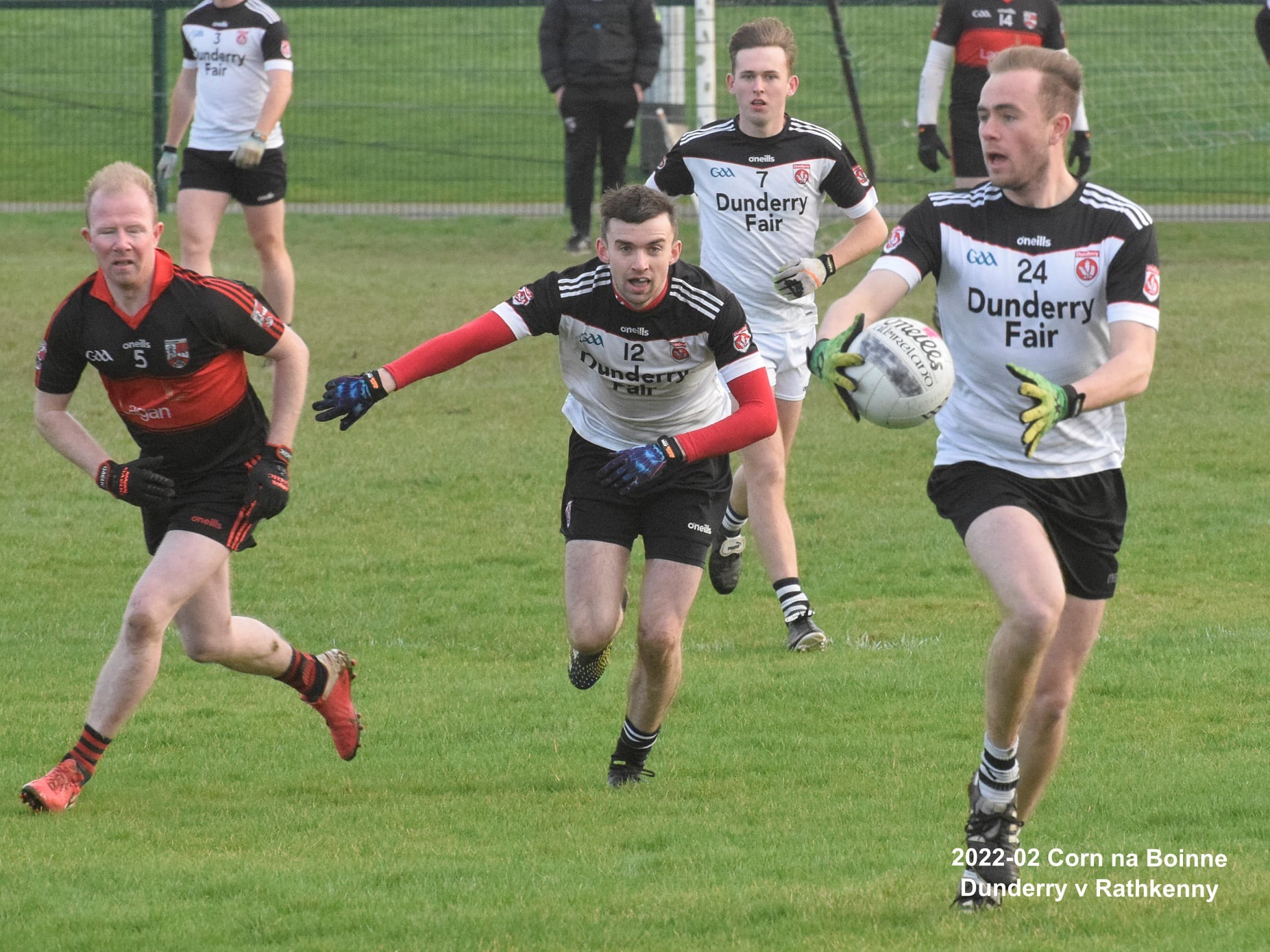 Barry Callaghan’s second term as Dunderry manager got off to a disappointing start as his side fell to an eight point defeat away to Rathkenny.

Shorn of several first team members and playing against a strong wind in the first half the visitors struggled to get to grips with their hosts and went into the break with a 12 point deficit, with the score line reading 2-09 to 0-03 in favour of the home team.

After the interval Dunderry were able to get more of a foothold in the game and limited Rathkenny to a single point, whilst scoring five themselves, four of which came from the boot of Stephen Coogan who was introduced after half time, but it was too little too late as they were unable to get back in contention. On an extremely positive note it was an great opportunity to introduce young players, Josh Cosgrave, Conor Sheridan and Jack Connelly to adult football who I’m sure have bright futures in the Dunderry shirt ahead of them.

The club are looking to fill the vacant Junior Football M...