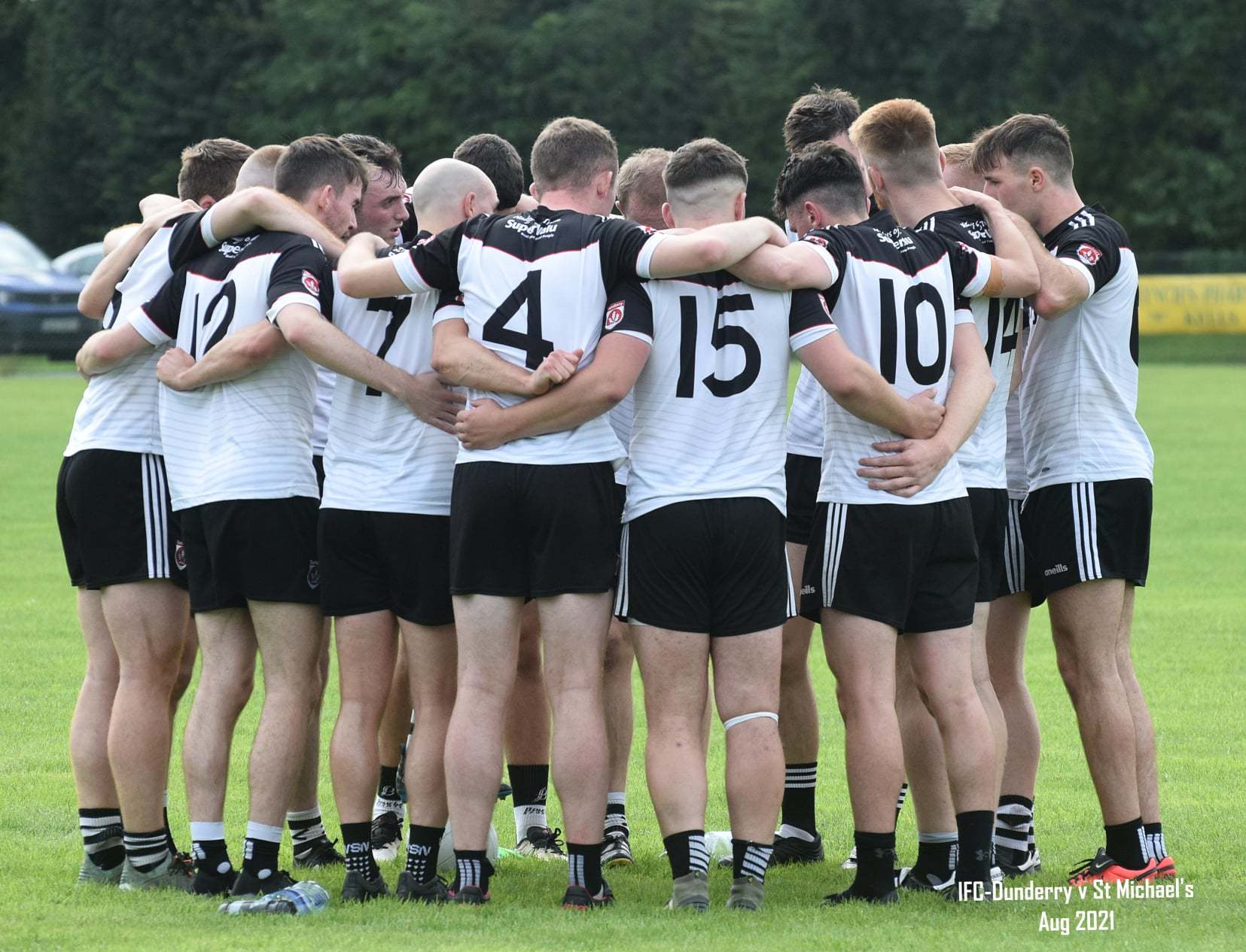 Published: about 1 month ago

Dunderry made it three wins from three in Division 1B with a comprehensive seven point victory over Oldcastle on Friday evening.
Oldcastle made a brighter start and were ahead after 5 minutes with a well taken score after both sides’ spurned early chances to take the lead.
The visitors were forced to wait until the thirteenth minute before they registered their opening score, with Paddy Kennelly applying the finishing touch.
A point from roaming full back Connor Dempsey followed five minutes later, before a Dunderry strengthened their grip on the game with a well taken goal. Possession fell to Simon Carty who waltzed through the home defence and before offloading the ball to Morgan Callaghan who palmed the ball into an empty net.
Oldcastle responded with two successive points but an Alex Walsh point on the stroke of half time ensured Dunderry led by a goal the break.
Dunderry made the better start to the second half with Callaghan and Kennelly kicking points, but three successive Oldcastle points in five minutes meant that the visitors led was cut to two points, on a score line of 1-5 to 0-6 with 20 minutes left.
Dunderry were able to finish the stronger and outscored the North Meath side by  five points to zero in the last 15 minutes, with  Conor Daly and Alex Walsh bagging a brace of points and Luke Martyn also converting.
Best for Dunderry on the night were Neil O Laoire, Mark Kane while Simon Carty and Alex Walsh also impressed.

The club are looking to fill the vacant Junior Football M...