Tommy Dowd represents the 1996 Meath team in tomorrow's All Ireland 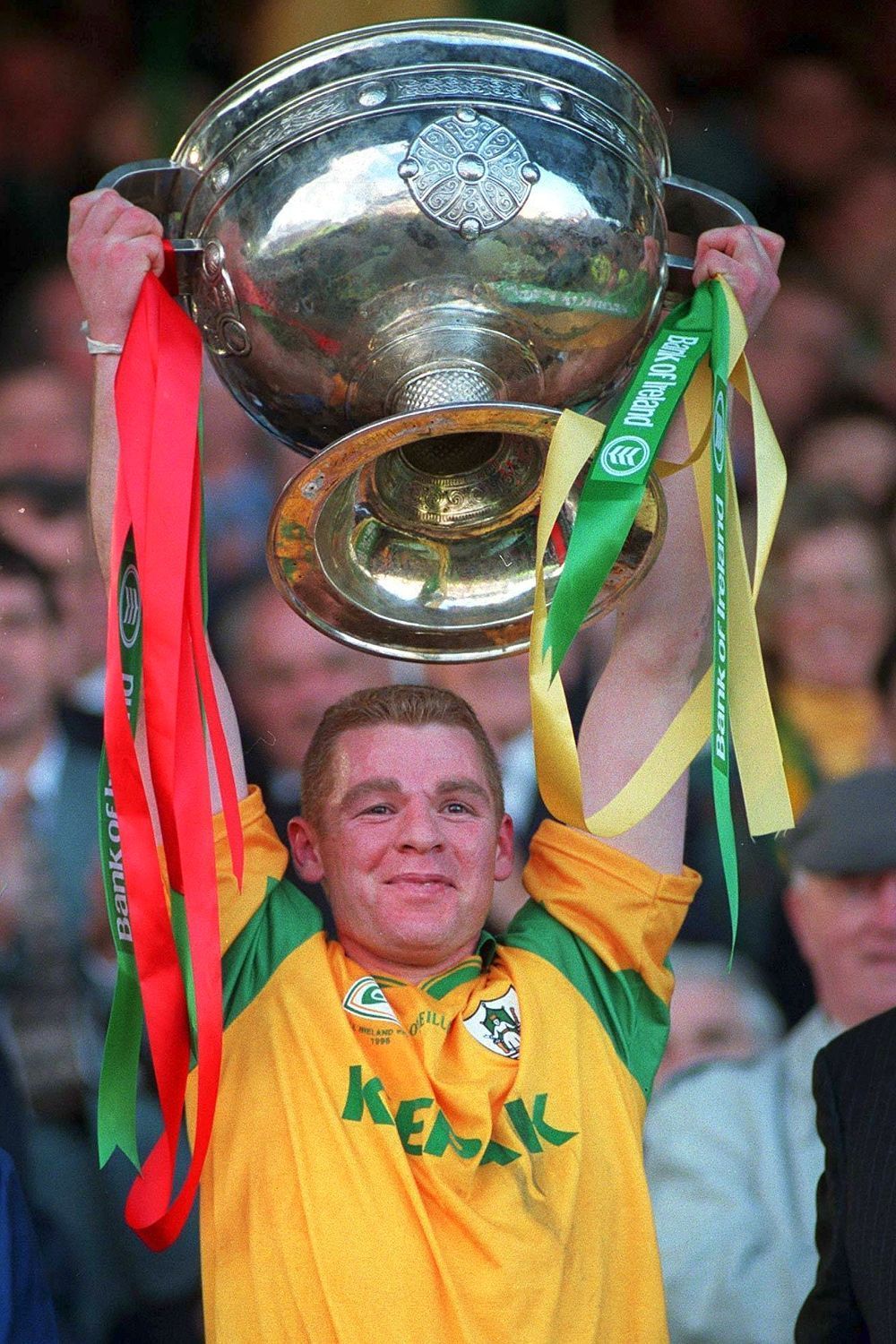 Dunderry's most famous son will represent the 1996 Meath Team in Croke Park tomorrow.

All-Ireland winning captain Tommy Dowd will tomorrow represent the victorious Meath team that won the 1996 final against Mayo when he brings the Sam Maguire Cup to the plinth on the Croke Park pitch before the 2021 final meeting of Mayo and Tyrone.

At the outset of the 1996 championship, Meath were total outsiders in Leinster and were not considered All-Ireland contenders.

After being well beaten in the 1995 Leinster final by Dublin, Seán Boylan decided to reconstruct the team with new and young players, many of whom had played on the side which won the 1993 Leinster minor title.

Martin O’Connell and Colm Coyle were the only remaining members of the Meath side which had previously won the All-Ireland in 1988 and, of the team which started the opening round of the 1996 championship against Carlow, only nine remained from the previous year’s Leinster final.

After beating Carlow by 18 points, Meath went on to defeat Laois by eight points before turning over Dublin in the Leinster final on a scoreline of 0-10 to 0-8.

Tyrone went into the All-Ireland semi-final as hot favourites but Meath produced one of their greatest displays, winning by nine points.

Mayo looked to be in the driving seat when they led the All-Ireland final by six points in the second half but Meath staged a remarkable comeback which culminated in Colm Coyle’s equalising point, which hopped over the bar, with almost the last kick.

In the replay, Meath edged a titanic battle by 2-9 to 1-11, with the goals coming from Trevor Giles and Tommy Dowd. It was Meath’s sixth title and Boylan led Meath to another crown (his fourth) three years later in 1999.

It is the GAA’s intention to host the whole team at some stage in the future to acknowledge their success 25 years ago. Dunderry were well represented in the 1996 team with Barry Callaghan playing corner forward and Stephen O'Rourke on the winning Meath panel.

Hurling weekend coming up with both teams in action: Dund...

Football's turn again next weekend with the next games as...

A huge congratulations to the Meath Senior Ladies team fr...

Ticket info for this weekend's Junior and Intermediate Hu...

Busy day for patrons of Dunderry GAA with both Dunderry t...