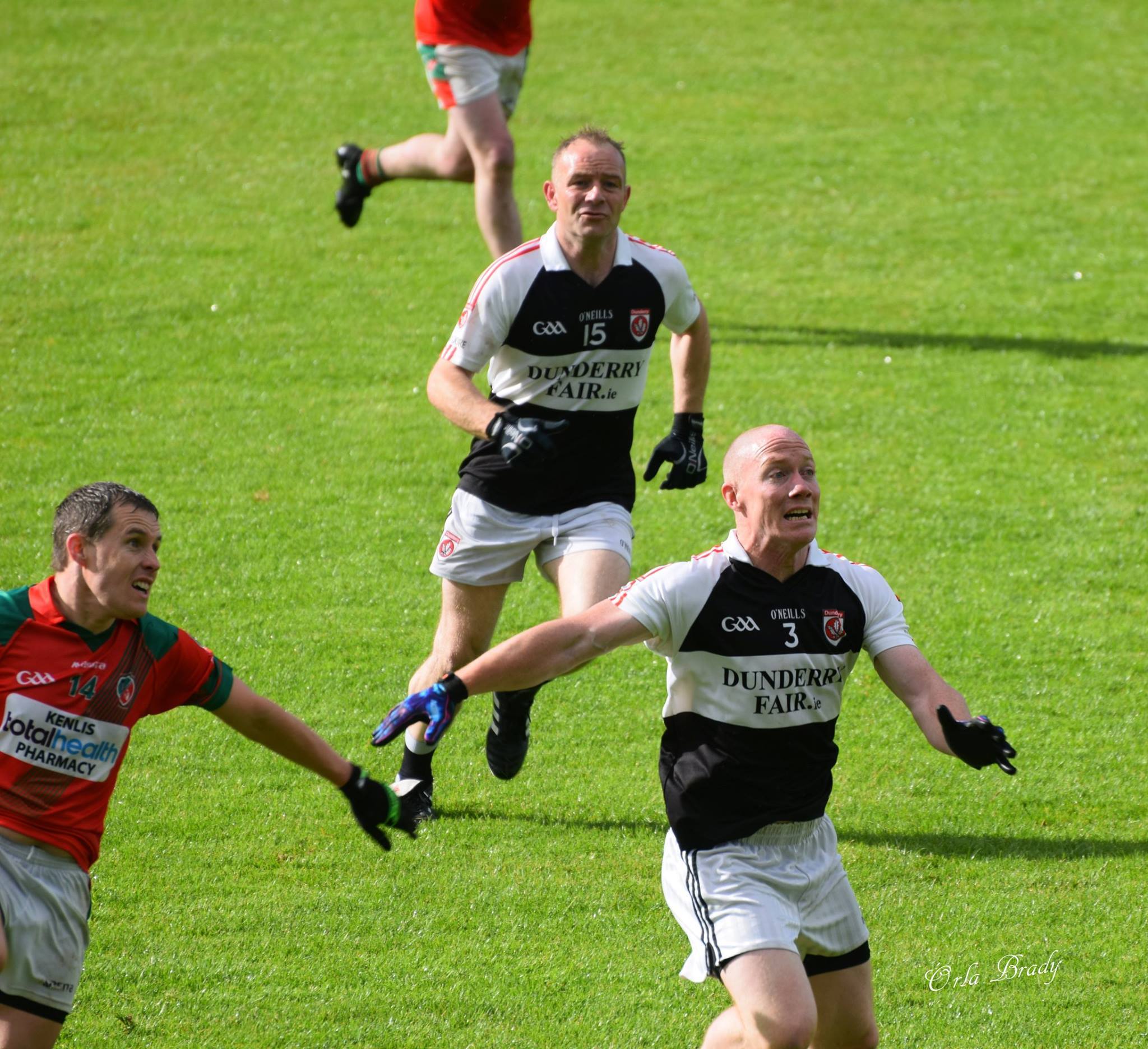 Published: about 5 years ago

Dunderry received a stern test in their opening round of their I.F.C. on Saturday against Drumbaragh.


Dunderry began their 2017 IFC campaign where they finished the 2016 one, in Pairc Tailteann. Expectations were high after a promising league campaign sees Dunderry challenging for a successive promotion. Drumbaragh were not taken lightly as last year's IFC match was remembered by all players and mentors alike. The game was played in showery conditions with Dunderry almost at full strength, welcoming back last years vice captain, Davey McCormack from injury. Morgan Callaghan made his championship debut for Dunderry taking his place in the half forward line.

Drumbaragh opened the scoring in the 2nd minute but Stephen Coogan levelled a minute later. Drumbaragh restored their 2 point lead by the 6th minute. Paddy Kennelly then hit a purple patch, scoring a well taken point in the 8th minute and put Dunderry ahead after points in the 11th & 13th minutes. Drumbaragh scored a further unanswered 3 points but Dunderry went in at half time 2 points ahead 0-8 to 0-6 with scores from Coogan in the 20th a '45' then in the 22nd and 27th mins and a fine score from Jordan Martin. So far, so good. Dunderry made 2 changes at half time, introducing Conor Dempsey for his brother, Eoghan and Alex Walsh for Jordan Martin.


No one could have expected what drama was to unfold in the 2nd half. It was Drumbaragh who started the sharpest scoring 2 points in the 31st and 33rd mins. Kennelly pointed in the 36th min but their opponents replied with 2 goals in quick succession which rocked the village team. Morgan Callaghan scored a superb point in the 41st min off his left foot followed by a Coogan point in the 49th min. Drumbaragh scored 4 more points but in the final 10 mins Dunderry stepped up the intensity with 2 points from Coogan 1 a free, 2 points from Kennelly and a point from Martyn.


Into the last minute of normal time Dunderry had reduced the deficit from 7 points to 2 points when Aaron Newman picked the ball up on the 45 metre line and sent in a high ball.  Conor Farrell got a vital flick onto Liam Dempsey who side stepped his marker and coolly slotting the ball into the corner of the net. Kennelly scored the insurance point with the last kick of the game too leave the final score 1-17 to 2-12.


Relief all round for Dunderry, heart break for Drumbaragh who looked to have done enough. Kevin Dowd will have been pleased to record the win and get the IFC campaign off to a winning start.