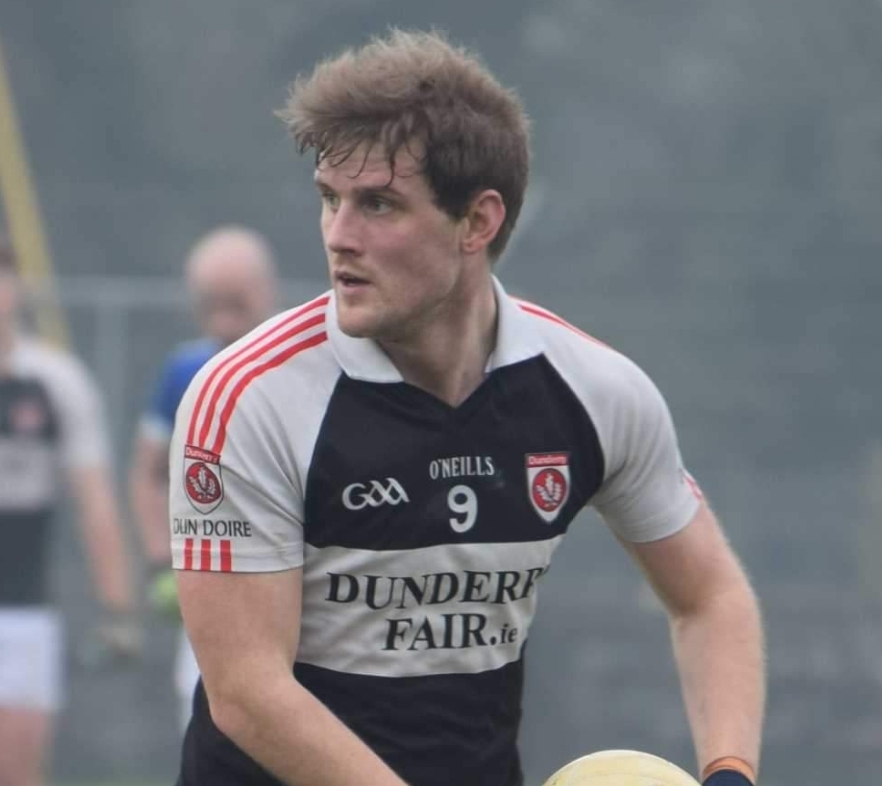 Published: about 1 year ago

With both Dunderry and Carlanstown deemed unplayable this game was moved to the open surroundings of Deer Park, St Michaels second pitch and an entertaining game was put on by both teams.

Dunderry started the brighter racing to a 3 point lead with great points from Stephen Coogan and Morgan Callaghan and a fortuitous effort from Jordy Martyn which bounced short and up over the bar to open the scoring.

St Michaels found themselves back in the game with a goal from play. Racing Post Tipster David Jennings mis judged the flight of the ball and ended up in the goal. Let’s hope Jenno’s week picks up with Cheltenham on the horizon. Scores level.

Dunderry got back on track and kept the scoreboard ticking with fine scores from Conor Daly, Adam Kelly, Donagh O’Laoighre, Aero Newman and 3 scores from fit again Stephen Coogan, bomber Farrell also got in on the action after having a dominating effect on the first half.

The second half started with Dunderry picking up where they left off and Daly and Jordy Martyn getting their 2nd scores of the game.

The game took a twist then with St Michaels being reduced to 14 men and tempers began to flair but credit to Dunderry, we remained calm and some fine performances throughout from Aero Newman who was relentless in defence along with Davy McCormack and Conor Dempsey. In attack, Coogan was finding his range from frees and also from play. In midfield Bomber and Liam Dempsey were winning their battles and whats seldom is wonderful when Liam got in on the scoring mid way throwing the second half with a fine point.

Credit to St Michaels who kept themselves in the game until the very end by scoring 4 goals to give themselves a great chance. But it wasn’t to be their day however.

Subs D O’Laoighre (0-1) for D Kelly, E Dempsey for L Dempsey, A Feeney for A Watters.