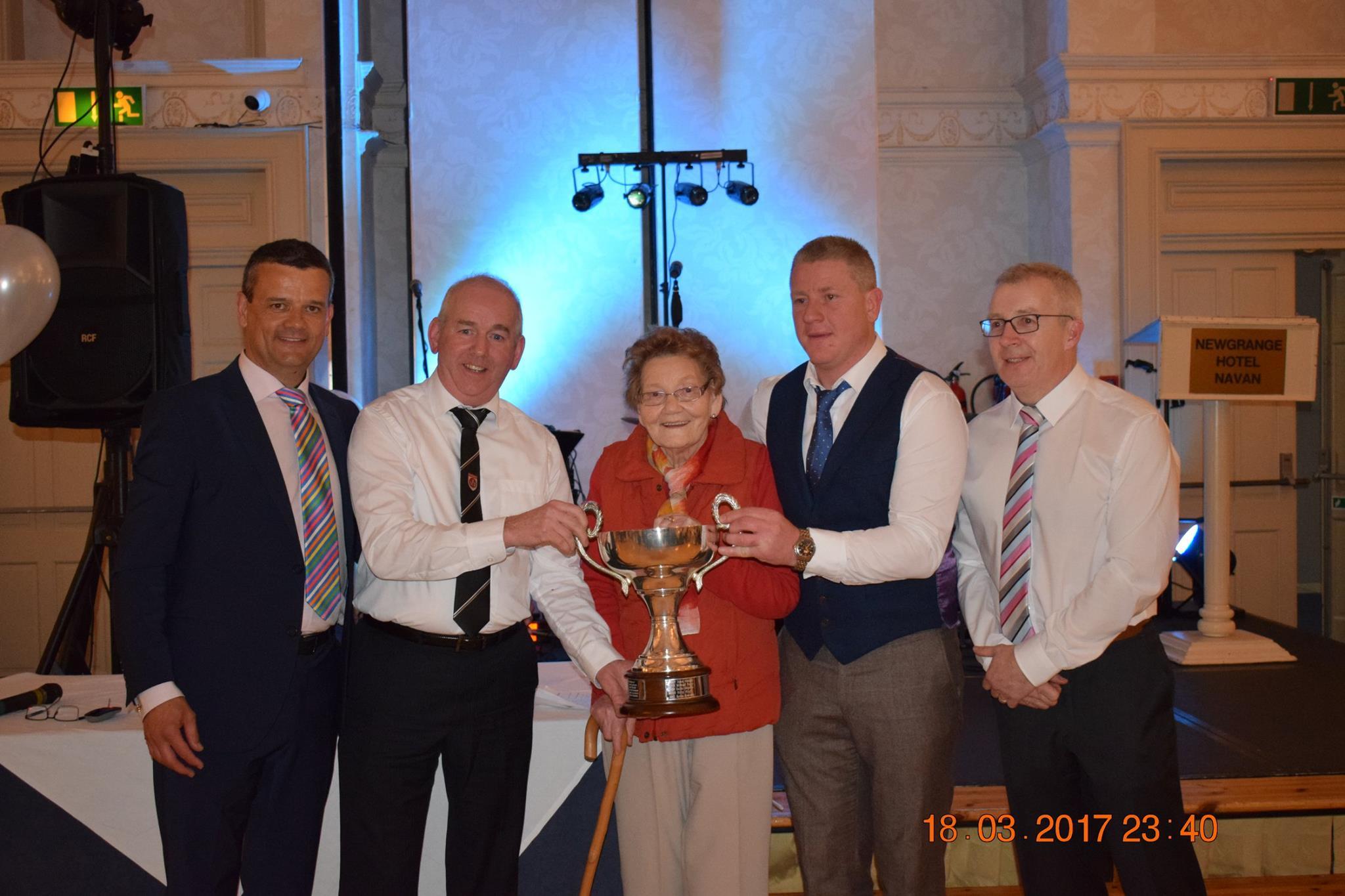 Congratulations to the winners of the Awards at the 2016 Presentation Night & Dinner Dance.

The club held its Presentation Night & Dinner Dance in the Newgrange Hotel on 18th March.

It was a very well attended evening, and is a sign of the progress being made on the field of play across the three codes, that we were in a position to honour winning teams & individuals from the club.

Thanks to all the committee and volunteers who helped put the night together.

Team awards were presented to the 2016 Camogie team who won division 3, and the Intermediate Football team who also won Division 3 of the County League.

The Camogie club made presentations to the 7 players who were selected for Meath during the season, as well as the three hurlers who played their part in the Meath U-21 success in 2016.

Awards were presented to coaches GT Troy, Mark Nolan & Kevin Dowd in recognition of their huge efforts in coaching the adult teams in 2016.

Most stylish lady & gent on the night were awarded by generour sponsors, Knightsbrook Hotel & Spa and Collar & Cuff Dublin. Winners were Collette Rowan & Paul Bartley. Thank you to both sponsors for ongoing support.

Individual Player Awards were as follows:

Players Player of the Year - The Stiletto Shoes Cup - was shared between Aoife McCormack & Blathnaid Keyes.

Player of the Year - The Margaret Morgan Cup: Aoife McCormack

Player of the Year - The Dempsey Family Cup: Conor Farrell.

Player of the Year - The Edmund Horan Cup: Aaron Newman.

A special presentation to club stalwart Jody Weldon was made by Chairperson Willie Egenton. Jody has been looking after the kit for three decades and has finally hung up her gloves. A sincere thank you to Jody - we will miss you enormously.

The Paddy Kelly Cup, awarded to the Club Person of the Year was awarded jointly to Mickey Casey & Kevin Dowd.

For more pictures, please head over to our facebook page