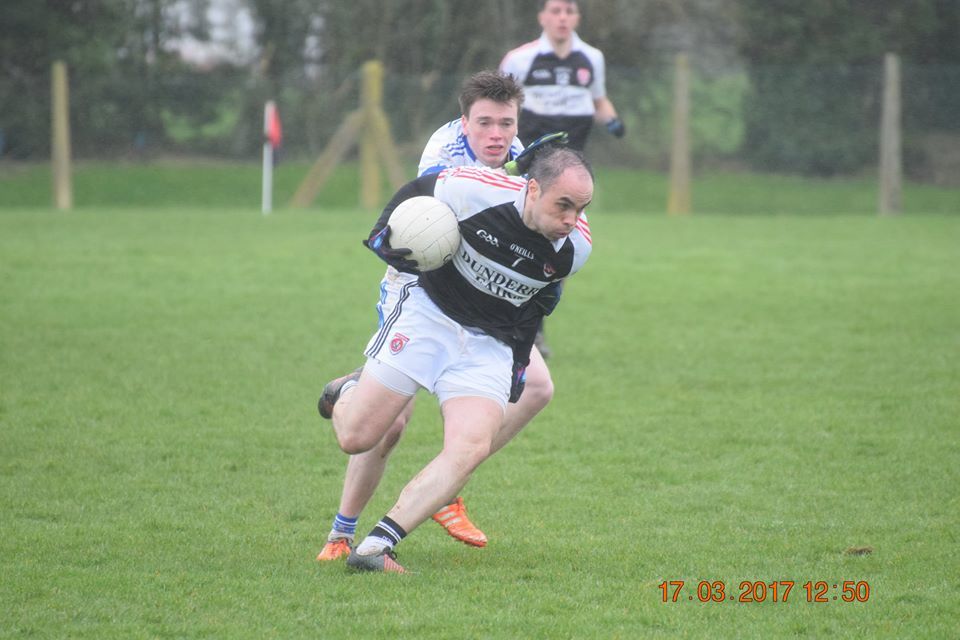 Dunderry pulled this Corn na Boinne semi final out of the fire with a 2nd half and extra time display of guts and a never say die attitude.

Stephen Coogan opened the scoring in the 7th minute with a well taken free, but Oldcastle replied with 5 unanswered points to open a 4 point lead.

In the 18th min Dunderry's keeper Gareth Dooley came to their aid when he brilliantly dived too his right to save a penalty. Coogan scored another free in the 20th minute but Oldcastle replied to leave the half time score 0-2 to 0-6 to Oldcastle.

In the 44th minute Oldcastle were awarded a penalty but it was put wide, a minute later points from Coogan Luke Martyn and Conor Farrell put Dunderry up by one with time running out but Oldcastle took the game to extra time with the last kick of the game.

The teams were still level at the end of the first period of extra time on 0-9 each.

Defences were on top in the last ten minutes but in the 66th minute a move from Dunderry's own 21 yrd line involving Darren Callaghan and Andy Coogan that ended with Stephen Coogan who sent over what was to be the match winner.

The drama didn't stop there and with seconds left. Oldcaste created a glorious chance to equalise but Conor Farrell cleared the danger and Dunderry advanced to the final where they will face Walterstown.