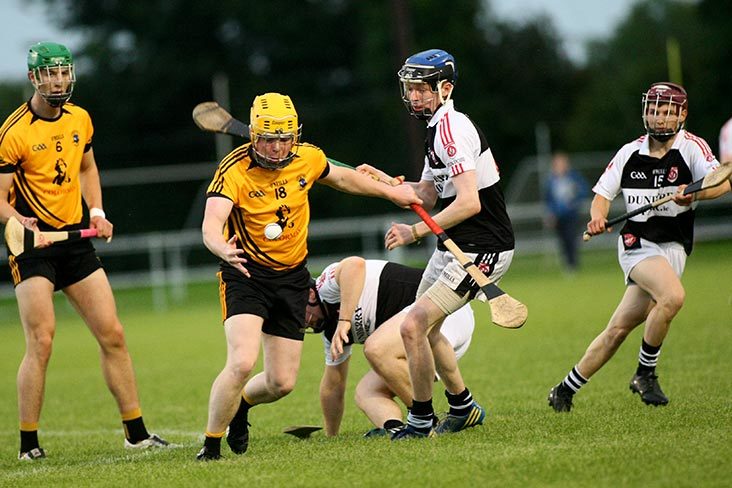 Dunderry got their Division 3 Hurling League campaign up and running with a five point win over Donaghmore Ashbourne in this rearranged fixture played Monday night in Ashbourne.

The visitors opened the scoring with a 4th min free from Christopher Harrington. Conor O'Shea extended Dunderry's lead on the 12th minute when his speculative high ball deceived the keeper and ended up in the net.

County minor hurling captain Jamie Leavy, making his senior debut, got on the score sheet sending over a fine point from 30 metres.

Kevin Bruton raised another white flag for the eventual winners and then in a 3 minute spell Alex Walsh scored 2 points one from a difficult angle followed by another point from Harrington to leave half time score 0-3 to 1-6 tin favour of  Dunderry.

Donaghmore Ashbourne came out a different team in they second half but David Gilkeson pointed twice in the 33rd and 35th minute to keep Dunderry in the driving seat. The Moors were beginning to assert their authority on the game and by the 58th minute only three points separated the teams. Kevin Bruton made sure of a Dunderry win firing the sliothar to the Ashbourne net from 20 meters out after good work from Mickey Dowdall. Stephen Coogan put the icing on the cake with the final score of the game.

On a final note congratulations to the groundsman even after all the terrible weather at the weekend the pitch was in very good condition.